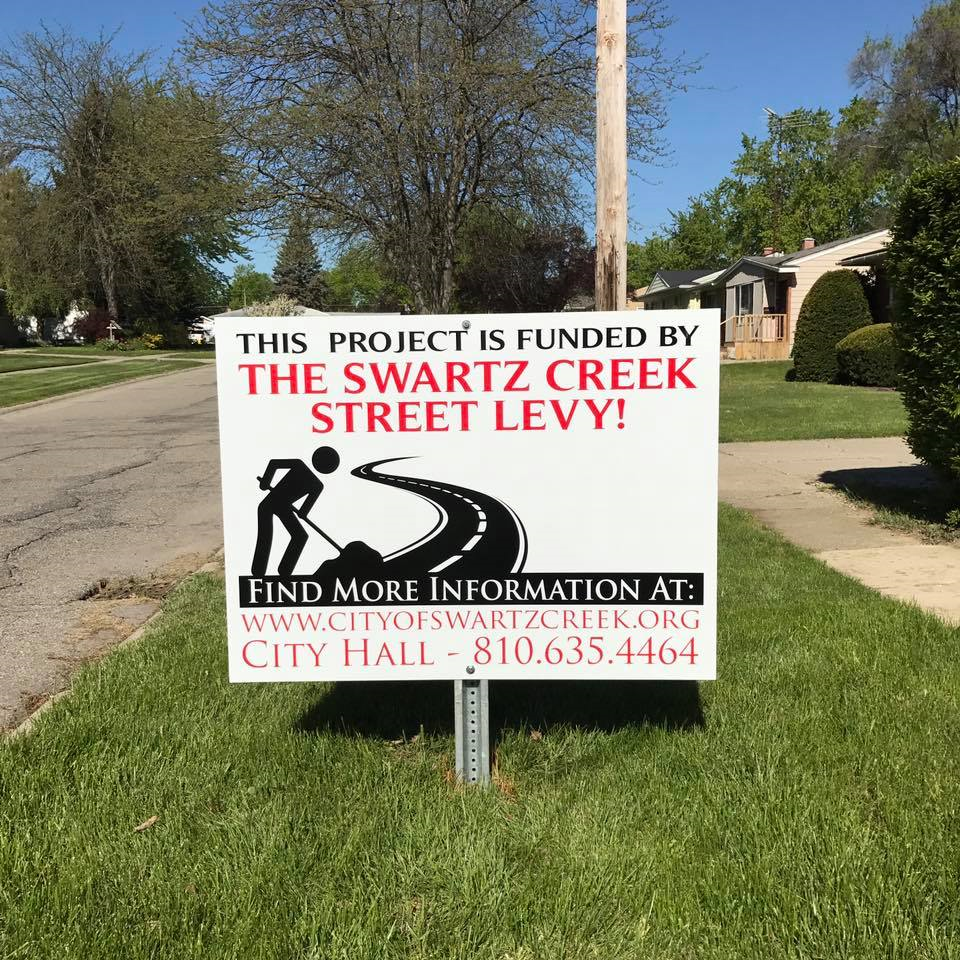 Published: Wednesday, 29 November 2017 09:18 | Print
All 2017 street work in the community is substantially complete! This does not mean we have seen the last of the contractors! Expect to see a few more tree plantings and soil restoration now and after the snow melts. We anticipate damage to newly placed top soil and seed areas in the right-of-way during the winter. The engineer indicates that additional compaction/settling over the water main is expected and will be revisited in the spring.
The reconstruction finished in mid-November. There are some common concerns and questions out there that have responses below:
Q: Was the project behind schedule?
A: Yes, but within expectations. The engineer indicated that the project scope (including gas lines, water main, storm lines, street replacement, sidewalks, driveways, and forestry) would be expected to occupy a March-November construction season, possibly even extending into the next spring. However, the contractor's published scheduled indicated an October completion that residents relied upon. Moving forward, similar projects will be started with the expectation that they will conclude around November 15.
Q: Did the contractor 'disappear' when they should have been working?
A: The subcontractor for concrete DID lose time during good weather in August/September and this DID slow the rest of the project down. The prime contractor did their best to manage this issue. Gas, water main, storm, and asphalt work were found to be completed timely by the appropriate contractors.
Q: Was it too cold to apply asphalt?
A: No, the engineer was pestered about this matter by staff due to common sense concerns by the community. The application of asphalt was objectively applied within acceptable parameters set by the Michigan Department of Transportation. (Note that the temperature thresholds apply to the earthen base of application, not air temperature).
Q: Why did my tree get cut down if it was not in the way of utilities?
A: All trees in the the project area were audited by the city engineer, an arborist, and the street administrator. Most mature, large canopy trees (Maples over 30 years old) were ordered removed due to their expected impact on the new curb, sidewalk, and other infrastructure. Large canopy trees are generally not appropriate or desirable in a street right of way. Some trees were found to be unhealthy and removed. Most were found to have conflicts with the current construction.
Q: Why did I get a tree if I did not want one?
A: The city, upon the recommendation by the street committee, committed to adding forestry to the streets in the reconstruction zone. It is known that some resident owners are large advocates of trees and some are opposed to any form of forestry. Initially, staff attempted to accommodate requests for tree location, number, and species. However, it immediately became apparent that the personal accommodation of 200 property owners was not enabling the public goal of "uniform forestry of the right of ways". As such, each lot was directed to have one tree (some would get more). If neighbors were able to liaise with the contractor to trade types or add/reduce numbers, we attempted to make this work. In some cases, hydrants, lights, and signs necessitate changes as well. Note that all trees are NON-fruit bearing ornamental, small, or medium canopy trees. Despite varieties that include "apple", "pear", and "maple", the greenhouse is providing hybrid varieties that are fruitless, smaller trees that have appropriate root systems and canopies for the street.
Q: Why was I not informed about work impacting my drive/street/yard in advance?
A: Communication was expected throughout the project, with broad details distributed by mail and specific work items to be hand delivered by the contractor.  Unfortunately, the initial communication plan lacked an air tight system for ensuring residents were aware of all 'digs' impacting their property. Moving forward, the city is working with the contractor to develop an array of 'door hangers' and a detailed communication plan to cover for most eventualities.
Q: Why did the post office cease operations?
A: The city was not made aware of this until after it happened. Operations never should have ceased. It will not happen again.
Q: What is the plan for next year?
A: Daval Drive has been approved for reconstruction. The scale of this project is much smaller and offers many more opportunities for nearby access/parking for residents. We expect a much smoother project as we head into our second year of reconstruction.
Q: Why has the provision for onstreet parking switched sides?
A: Based upon the recommendation of the street/utility administrator and Metro PD, parking is being directed to the side of the street without watermain and hydrants. This is a best practice that will slightly increase the availability of parking and decrease the conflict with hydrants and any future emergency line access.